Terra Olympus was established in 2015 when Apostolos Thymiopoulos (of Naoussa fame) discovered that seven hectares of vineyards were for sale within the PDO Rapsani appellation.  These vineyards were unique – they were located at approximately 500m above sea level on steep slopes – on one side you descend into the Tembi Valley and on the other side you descend the slopes of Mount Olympus towards the village of Rapsani.  The vineyards are located 10km away from the Aegean Sea, making the uniquely suited to receive the sea breezes and also the cooling breezes from Mount Olympus.  In 2016, Apostolos was able to purchase another 4 hectares of vineyards in the same area, bringing his total to 11 hectares.

These vineyards were unique to Apostolos for several reasons – 1. The high altitude 2. The schist soil and most importantly, 3. A combination of ungrafted 40-70 year old bush vines (4 hectares) and 15-25 year old trellised vineyards (7 hectares).  These vineyards have been organically grown since their planting.

Terra Olympus’ philosophy is to produce terroir-driven wines that express their soil, climate and region.  Terra Olympus’ winery is in what was once the town’s train station – that fell out of use approximately 20 years ago.  Apostolos was able to secure a long term lease on the space, which currently houses fermentation tanks and 500L oak casks.

Terra Petra 2015 is the winery’s initial release, with approximately 7000 bottles produced.  The 2016 vintage will be released in the fall of 2018. 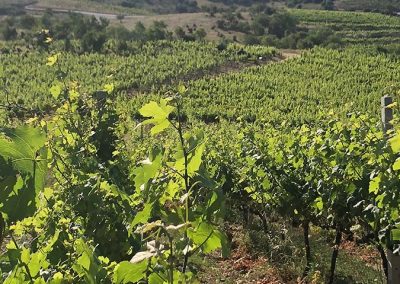 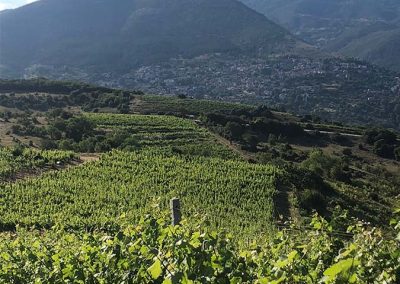 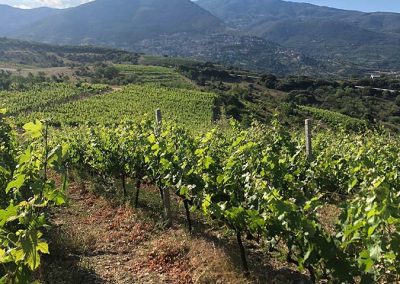 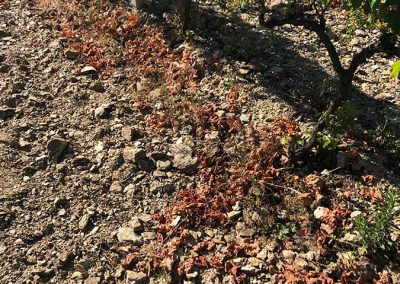 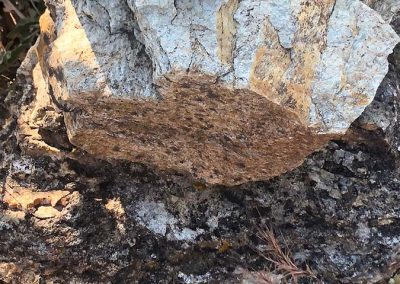 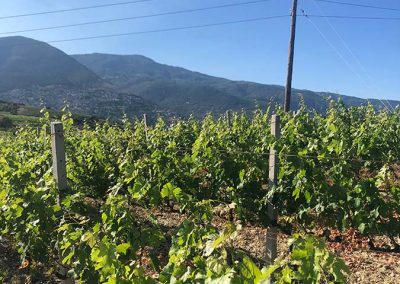 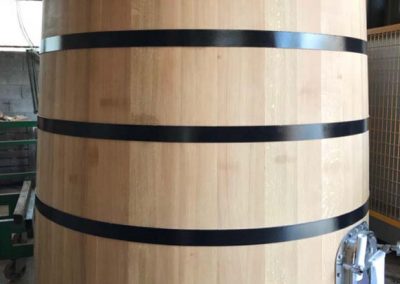 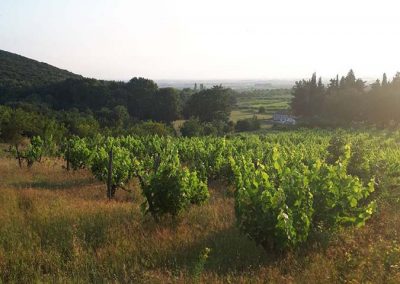